BlackCoin’s announcement of the creation of a revolutionary protocol of eliminating risks in fund transfers poses promising benefits for Bitcoin and BlackCoin users in general, whether investors, consumers, or gamblers. 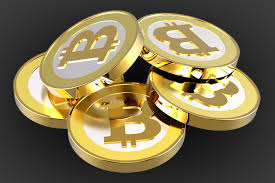 According to reports, the innovation produced by a member of the BlackCoin development team enables the creation of the world’s first smart contracts, which equips contracts with the ability to resist external threats like the Mt. Gox collapse, and therefore, make them unbreakable.

Called the BitHalo for Bitcoin and BlackHalo for BlackCoin, this protocol, which will serve as the basis for an umbrella app dubbed as NightTrader, is believed to benefit users in a variety of ways. Derivative markets volatility will be eliminated while decentralized exchanges independent from a middle coin will be established, along with good faith employment contracts, two party escrow, and backing of commodities among others.

Likewise, it will make the creation of unhackable wallets possible, which are essential for cryptocurrency users, especially with the advent of malicious threats.

“The protocol uses risk, reward, and agreement to circumvent malleability, which was ironically once thought to prevent these types of protocol,” said BitHalo/BlackHalo developer David Zimbeck. “Almost every sector of the economy that involves third parties runs the risk of loss to the consumer.”

David Zimbeck added that the new protocol empowers individuals to be in control of who they wish to trust and how to structure that trust when dealing with transactions.

Among the beneficiaries of this innovation, the Bitcoin casino enthusiasts are guaranteed to be at an advantage. This protocol will help them protect their funds from unfortunate situations since they are one of the most frequent users who engage in peer-to-peer transfers when buying Bitcoin for wagering purposes. Similarly, the Bitcoin wallets secured from hacks will further shield the funds.

BlackCoin gambling enthusiasts are also set to make use of this protocol because David Zimbeck saw a great deal of potential for the alternative currency.

“I chose BlackCoin because of its fast transaction times, a massive advantage when engaged in contracting,” David Zimbeck added while emphasizing that while the first confirmation of Bitcoin transactions take more than 10 minutes, it only takes BlackCoin less than a minute to complete one.

Through this revolutionary protocol, BlackCoin and provably fair Bitcoin casino bettors will join numerous users of these cryptocurrencies in experiencing risk-free transactions.